We may not be able to totally eliminate these unwholesome practices, but we can make it too expensive so that it becomes less unprofitable. the use of BrightID and other such verification will go a long way to solve the problem.

Hi everyone! @andajun @Imuetinyan @Luvlynj @Cryptosense if you are interested to participate, please input your info in the spreadsheet above and you will be added to future calendar invites.

We are on a few weeks break while we integrate and document learnings from Round 10.

BlockScience just released this article outlining the team’s work and the work of the Anti-Fraud working group in Round 10: 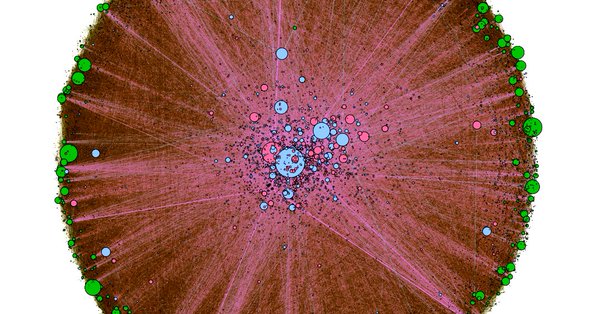 @block_science
Our work continues to support the Anti-Fraud working group in the @Gitcoin Grants ecosystem. Here are the latest updates on the output of our sybil detection machine learning algorithm to detect & mitigate fraudulent donations that occurred this round. https://t.co/0Dw3griOxj"

@DisruptionJoe will be providing further updates about working group meetings and plans going forward in the next weeks.

The funding will be allocated to those who actively participated in the Evaluation Panel in Round 10 and supported working group operations.

A huge THANK YOU!

for your comments and interest, and to everyone who participated & contributed in Round 10!

Greetings humans! I wanted to create a workstream on Moving to the price of forgery, but just noticed this one. Think it’s better to publish here.

Moving to the price of forgery + turning gitcoin into identity provider.

(or the way we assign trust bonuses to verification methods)

Systems like Proof of Humanity, Bright ID, Idena, POAP and ENS are already doing an amazing job in moving towards a no-bots future. Yet there’s room for improvement. Which is better quality control and a fairer trust bonus for each method as a result.

@Adamscochran proposed to create a standard assessment procedure for new (and existing) methods. The procedure is incredibly detailed and exhaustive. It can describe literally any existing verification method quantitatively. Yet as well as the current procedure it is…

…subjective. we cannot predict the ingenuity of malicious actors. There’s no way we can think of all the exploits for a particular verification method. And there’s no simple way we can tell the method was exploited. An exploited verification method + exploited quality control algorithm is a Trojan horse for a bot army. So the first problem is the high risk to be a step behind malicious actors.

…and speculative. See how @Adamscochran scored Idena. It is so low that Idena would be kicked out of the approved methods. I’d disagree with that. I love Idena and most probably would propose a different scoring for it or probably would demand to reconsider weights in scoring parameters. But we cannot really determine which weights or scores are right. Thus the second problem is the lack of objective measurement. Without it, we leave room for political games, biased opinions, and unproductive disputes (same as disputes on religion, politics, vaccines;)).

How price of forgery works

The solution to both of the problems described is the price of forgery concept.

The main idea is that the user score is valued in dollars and the user can grab these dollars at any time. After that, the user’s ID is deleted forever. The procedure is called “explosion” in Upala terms (we invented the concept and building the protocol implementing it). I’ll use the term further.

With the price of forgery approach, we don’t have to rely on any assumptions about any verification method. The market will drive the scoring of each method to its price of forgery organically. We also get an assurance for future exploits. If a method got hacked we would see it immediately through an increased explosion rate. That would mean the method should be fixed, or its score should be decreased.

How Gitcoin may benefit

The benefits from shifting to the price of forgery go a bit further than “just” quality control. Gitcoin has tremendous data on interactions on the platform. It is then possible to aggregate scores from multiple sources for a single user (which trust bonuses do), and also append an additional trust bonus to award “proper” internal interaction. That would benefit users and will help assess own algorithms (help understand better what the “proper” behavior is).

And even further. With all that data and algorithms measured with the price of forgery Gitcoin may start providing its own digested scores to other DApps and earn on that (Upala protocol allows to do that). Due to the high user base, it may become a starting point for a decentralized identity system of the future.

Work done, next steps, and coordination

You can track progress on developing the price of forgery protocol here (looking for contributors by the way - we’ve got Ampere-hours!).

I had a talk with @owocki about the price of forgery back in September 2020. Then described integration in this github issue. I learned recently that Gitcoin is continuing on the idea - thread. So seems like the Upala’s price of forgery concept is already approved. Though I haven’t had any conversation with the gitcoin team on this and I don’t see any coordination. As Gitcoin is decentralized now I thought it is a good idea to start the discussion here.

I suggest recruiting administrators to ensure that every month or quarter, the account requires human certification. Managers conduct manual reviews at specific times

I didn’t get the notifications and missed the calls, I’ll try to watch the videos asap. How can I make sure I get notified of the next one? I added my e-mail and telegram to the spreadsheet.

This workstream still active? I filled out the google sheet with my info. Been working with ML algorithms the last 5 years with a background in maths and stats. Happy to get involved

Thanks for jumping in, yes this workstream is active but with selective skills and roles

I will review your application.

I’d love to learn about this so I can contribute, I know almost nothing about it! Good luck…

Hey @KriptoHayat, glad to see your enthusiasm. You can apply to the Gitcoin Dao at this address: Gitcoin DAO Onboarding

The new and growing Gitcoin Dao is slowly taking more and more responsibilities. It is possible in the future the Dao will take over the whole grants program and more.

Hi all! Why aren’t you using biometric authentication technology to protect against fraud? There is an excellent project Humanode, which allows you to identify a person by biometric characteristics with a certain frequency. In my opinion, this is an excellent tool for protecting against multi-accounts. You can consider the possibility of cooperation with Humanode.

@JessicaZartler I am available, I am a systems engineer.

Thank you @clasikman for your interest! @DisruptionJoe is now the WG lead - you can contact him here or on the Gitcoin Discord in the FDD General chat

Hey, is this workstream still active?

The team over at GoodDollar would like to get in touch with you. We like your Passport initiative, and would like to be part of it. Our G$ Wallet works as a form of self sovereign identity, and we recently built functionality to “Sign in with GoodDollar” so users can easily register to services that work with G$s. Each one of our 400k+ claimers have been individually verified as a unique human being through biometric 3D face verification with 1:125M false positives and less than 1% false negatives. Photos are not stored, so there is no honeypot. As such, our solution could act as a very good spam/bot prevention, much more useful than Google/Facebook/Twitter. We would be honored to be included alongside BrightID, Idena and PoH to help GitCoin validate unique-human registrations

Please reach out for a quick chat, you can reach me here or on noak at gooddollar dot org.

Sounds interesting. I will send an email!

What we are working on at the moment guys?

Hello, I’d like to participate in this work stream, ive actually been following along to gitcoin for a little over a year and participated in the last couple rounds of gitcoin grants reviewers. I think I could e of use within the group

gm! please let us know about what you think you could be contributing towards fdd and post in our #fdd-general channel in discord!